Graphite and laser cut on wood 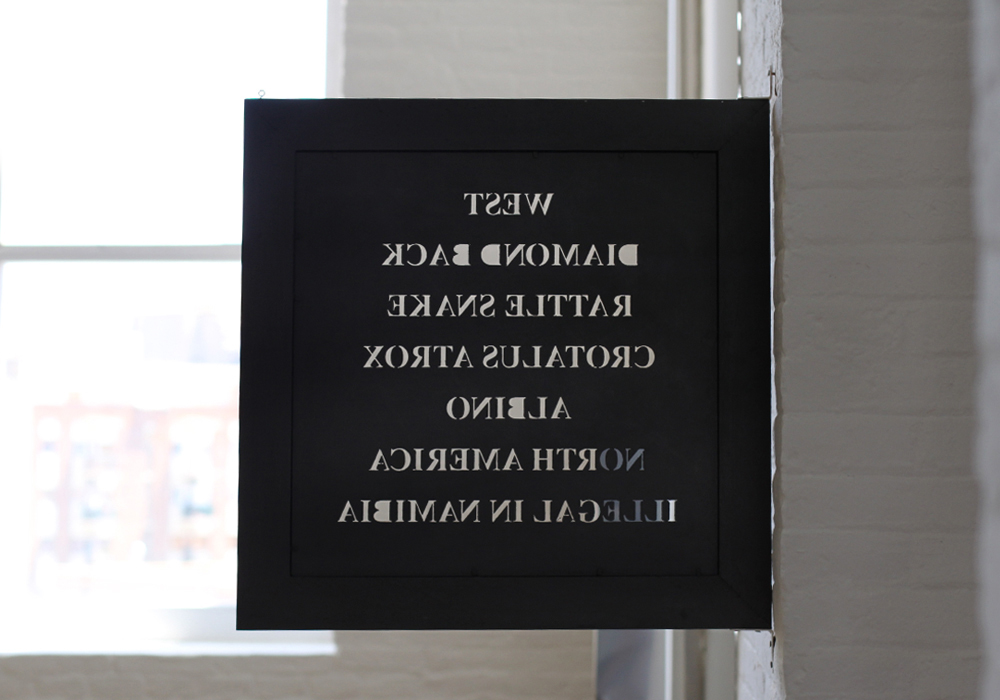 This is the text written on the label of the cage of an albino diamond rattlesnake in the Snake Park of Swakopmund, a city located in the atlantic coast of the african country of Namibia.

I knew that there are no rattlesnakes in Africa, so I wonder what was that snake doing so far from America. In a state of illegality, the snake must have arrived to the continent as an exotic pet. Then the government of Namibia confiscated. Not knowing how to deal with the alive, they ended up donating it to the Snake Park in Swakopmund.

I thought that it’s name “diamond rattlesnake” was particularly unfortunate, because among all the other angled shapes of the world, someone associated the angles of it’s head with the angles of the diamonds. Although nothing has to do with a head of a snake with a diamond, it was that name which made it look like a treasure in Swakopmund, a city full of diamond merchants.