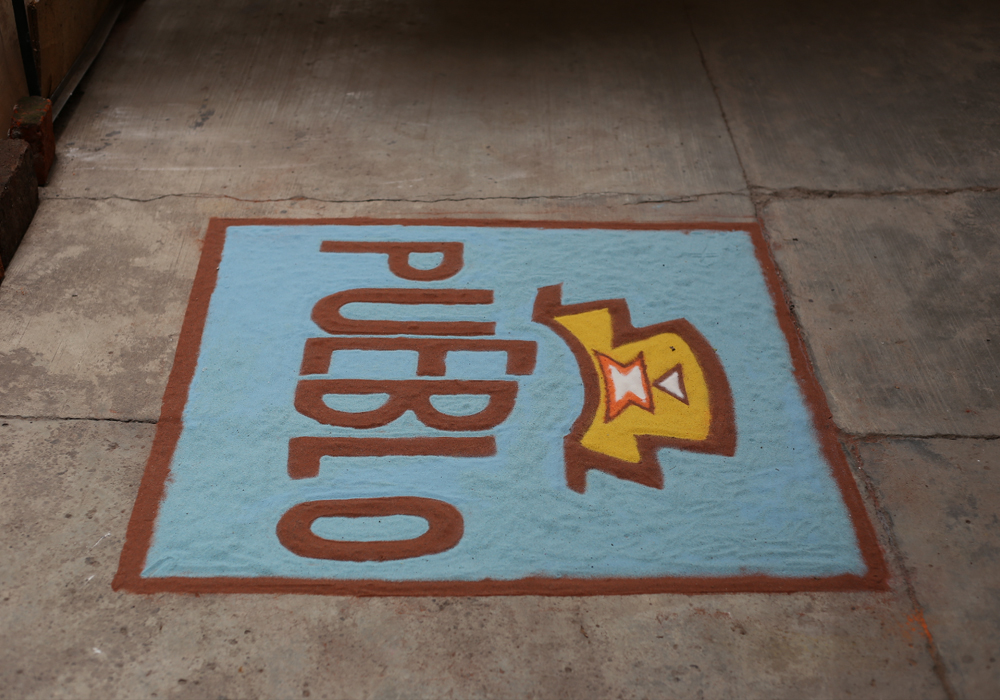 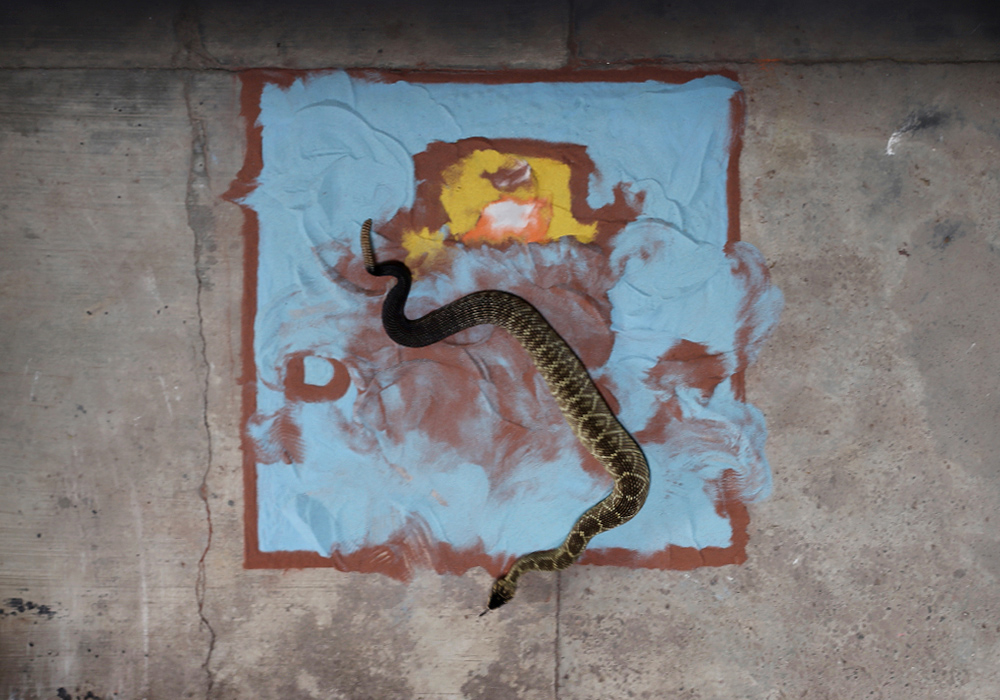 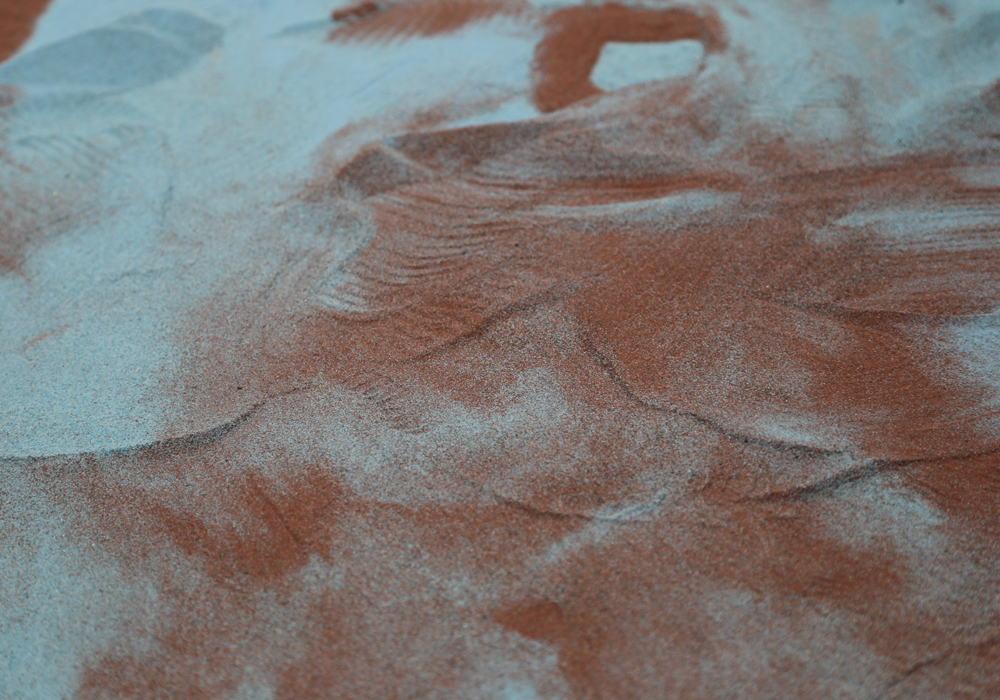 This piece reenacts one moment from a 16 day ritual that used to be practiced by the Hopi tribe, one of the Pueblo indians tribes. They used to erase a sand drawing -of 4 snakes emerging from the clouds- with the movements of a rattlesnake. I decided to repeat the action, but replacing the original drawing with the logotype of the “Pueblo” cigarettes of the Pöschl Tabak Corporation.

I noticed that for their branding the company adopted the geometric abstraction of the Pueblo Indians. On the top of the logotype we see the “staggered universe house”, an abstraction of the universe made by the Pueblo. Inside of the ascendent space there’s the house and the underground (kiwa). The Pueblo use the zig-zag to represent things that overcome us, like the dimension of the universe or the movements of snakes. I wanted to follow a series of appropriations in order to point out the use of the Pueblo´s sacred images within a culture that has displaced them.