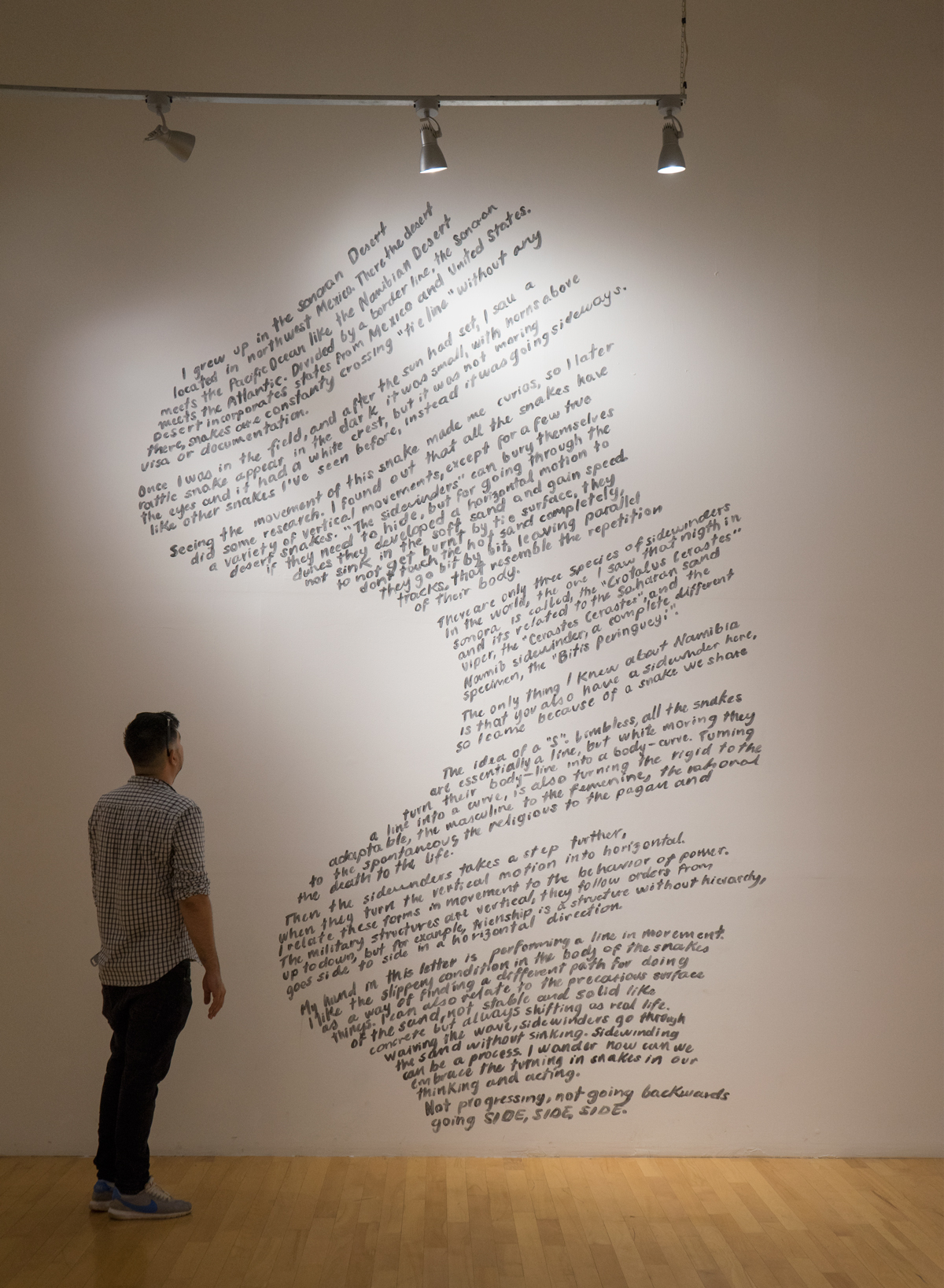 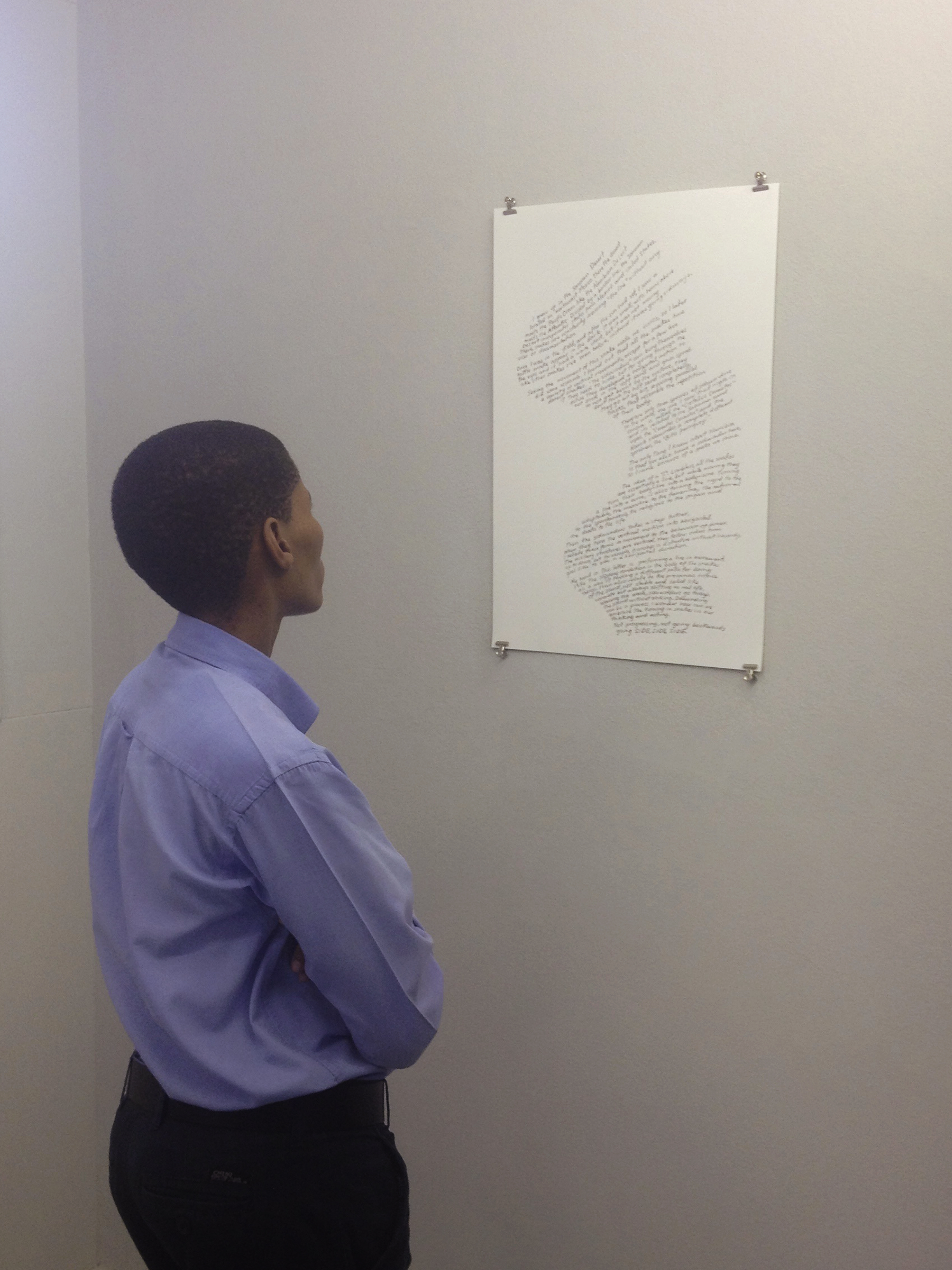 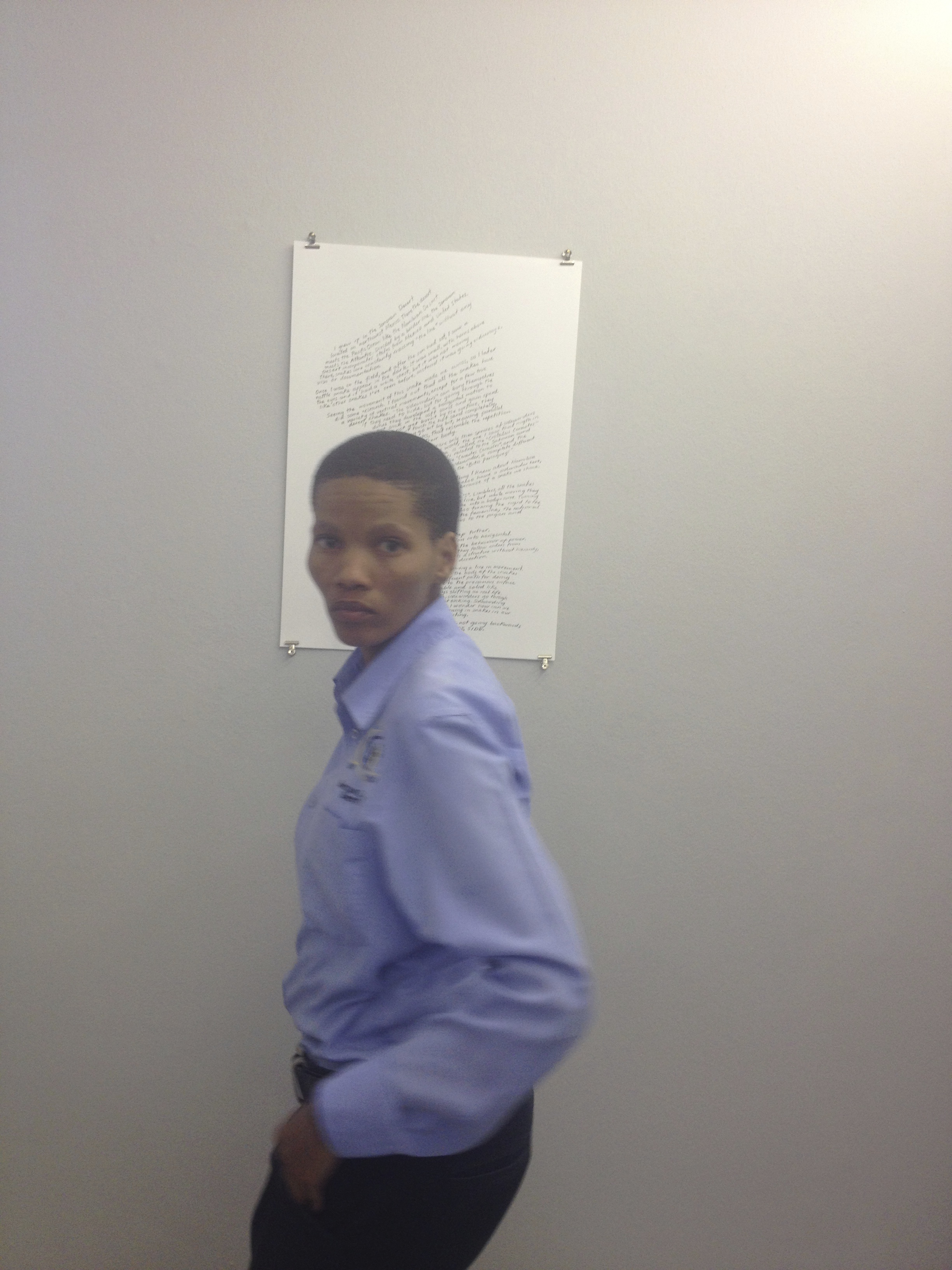 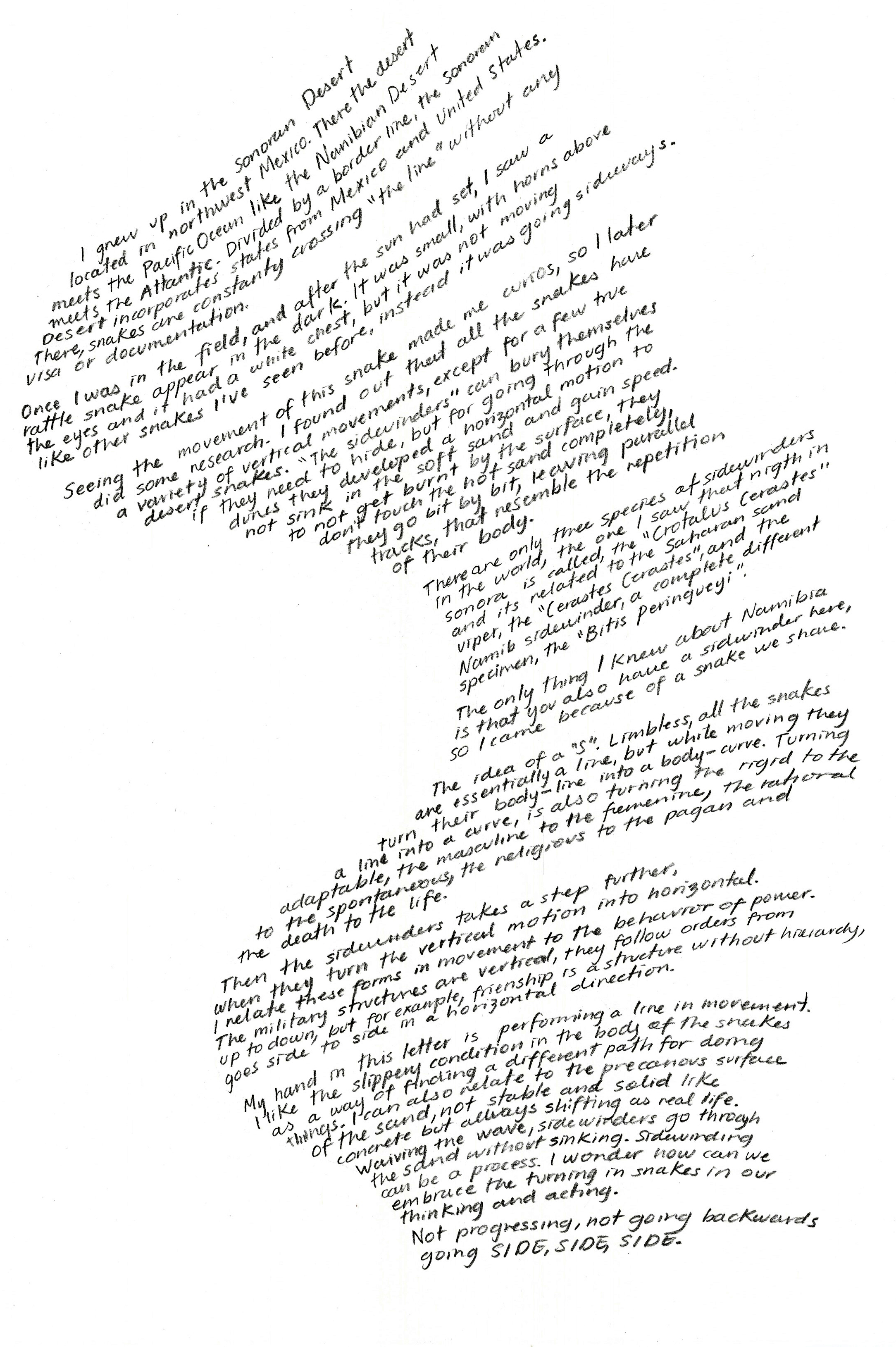 “My hand in this letter is performing a line in movement. I like the slippery condition in the body of snakes as a way of finding a different path for doing things. I can also relate to the precarious surface of the sand, not stable and solid like concrete, but always shifting as real life. Waving the wave, sidewinders can go through the sand without sinking. Sidewinding can be a process. I wonder how we can embrace the turning of snakes in our thinking and acting. Not progressing, not going backwards, going SIDE, SIDE, SIDE..”

In February of 2017 I visited Namibia in southwestern Africa. I got there for the "sidewinder", a snake that moves horizontally so as not to sink and gain speed while moving through the sand dunes. The sidewinders inhabit ecosystems that are too extreme for other species and can only be found in the Sonoran, Saharan and Namib desert.

The only thing I knew about Namibia is that there’s also sidewinders there, so I went because of a snake we share. While I was there I decided to write a letter telling the story and what I found meaningfull from the sidewinding motions.